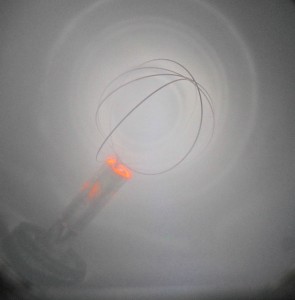 Tungsten core with plasma, not the glow at the end of the insulated stem.

Made a couple of improvements on the Demon I reactor so that I can now make many plasma runs without having the core melt down like Charlie Sheen after a 5 day cocaine bender.

The two major improvements were to insulate the connector stem between the spark plug electrode and the spherical core, and to make the core out of tungsten wire. I obtained 16 feet of 0.01″ diameter tungsten wire on eBay for $12. For the connection insulation, I needed something that could withstand high voltage and temperature, and wouldn’t outgas into the reactor chamber under low pressure. I also wanted something easy to obtain just about anywhere. The answer? A fuse casing. You can easily get glass or ceramic fuses cheap at any Radio Shack or electronics store, or pull them out of a piece of electronic equipment like an old computer power supply.

All you need is the casing so you have to remove the ends and internal fuse wire. This is easily done by heating up the end caps with a soldering iron and popping them off as shown in the sequence below: 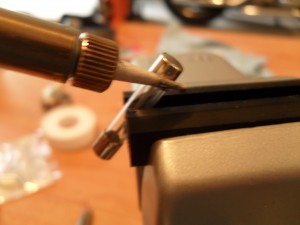 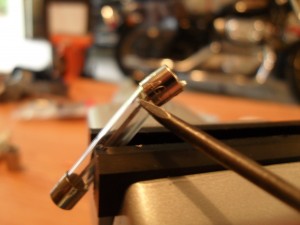 The fuse fit perfectly over the connector and helps prevent it from overheating. I also got another vice to make a more sturdy mechanical support for the chamber. And I was able to fix the current meter on my power supply so that I can now measure the input current, voltage and pressure. All of these are needed to characterize how well the reactor is performing. Below is the new setup in operation. 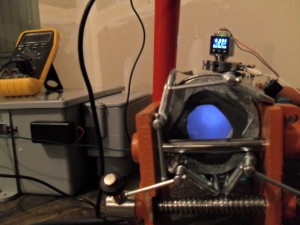 So the cool thing about these improvements is that I can make multiple, long runs without having to rebuild the core. During one run I was able to get a photo of an electron beam streaming out from the center of the core to the chamber wall. This is a normal phenomenon and in a well-built system with a higher vacuum you will see many of these streams emanating from the core. Shown below: 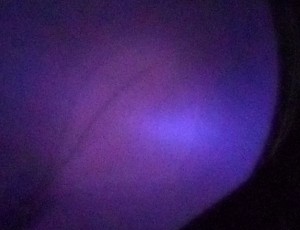 The beam isn’t well defined in this fuzzy photo but it shows up as the blue glow just right of center. To the naked eye it is very well defined and obvious but my camera isn’t able to catch it using the automatic settings. I’ll have to experiment and try to get a better pic.

Finally, I was able to get a good photo of a great confined plasma, meaning much of it is centered inside the core grid. This is a requirement for a reactor actually performing fusion. Pic at the end of the post.

The biggest improvements I could make now are to get a better vacuum, but even if I did I wouldn’t get much more than a better confined plasma. The next step is to work on my neutron generating reactor, the one that will actually perform fusion. I’ve got a bit of work to do on that project, but I should have most of the hard-to-obtain parts in house at this point. I’ll get to that project in a couple of weeks, in the meantime I’ll be on a completely different type of adventure. Updates to come! 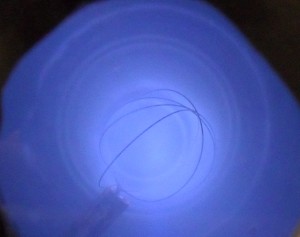 Posted in Nuclear Fusion Reactor by Mark with comments disabled.