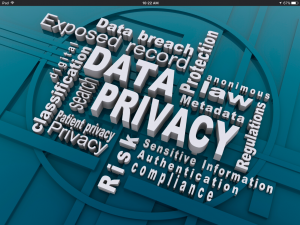 Are you worried about government agencies spying on you?

Well, that isn’t the only problem you should be concerned about in this area:

“Detailed information on nearly every U.S. voter — including in some cases their ethnicity, religion and views on political issues — was left exposed online for two weeks by a political consultancy which works for the Republican National Committee and other GOP clients.”

Less than a century ago, this kind of information could land someone in a concentration camp, thus the EU has fairly strong data privacy laws today. Not so in the U.S.

It can be done. Laws have been made in the past, such as HIPAA laws that protect medical data. Unfortunately, the most powerful corporations in the world are dead set against such laws so there is a huge barrier to overcome.